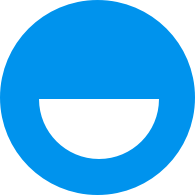 In November we received the long-awaited news that fully vaccinated student visa holders and working holiday visa holders will be able to enter Australia from December 2021.

The initial opening of borders was originally announced by Australia’s Prime Minister, Scott Morrison, for December 1st. However, with the emergence of the Omicron variant, the date has now been pushed back to December 15th.

Before we begin exploring the impact of this news and perspectives from our partners in Australia, let's first review the key takeaways from the announcement:

Who's allowed to enter?

What are the requirements for students?

Of course, this announcement has been fully welcomed by our Australian institutions and agencies. Julian Fonseca, CEO, and Founder of Mate Education, shared his thoughts on the heralded news coming from Australia:

The international Education Industry is finally seeing the light after a very difficult 21 months of having no international students arriving in Australia. Despite the sudden announcement from the Australian government of the re-opening of international borders taking a lot of people by surprise,  providers and agents have been quick to react by rapidly implementing strategies to attract students back again into our shores.

It is no secret that we have lost a huge volume of the market to Canada, US, and the UK during the pandemic. It will take a significant time to go back to pre-pandemic numbers, however the appetite for Australia as a top study destination is there and we can feel it. The pilot plan implemented by the New South Wales government has seen the arrival of the first 250 international students on Monday 6th of December. The welcoming of these students is the beginning of what we have been hoping for.

The struggles of education providers, particularly those in the ELICOS sector, have been in some cases irreparable. We have also seen many agents shut down their operations. But it is now time for Australia to shine again and to show the world why we are the best study destination for international students. This will not be an easy task, but we must work together as an industry and keep pushing to receive the support we need from the Australian government, particularly for the private sector (ELICOS, VET, accommodation providers, and agents).

The support and opportunities currently offered by State Governments and their bodies such as Study NT, Study NWS, Study VIC, Study Adelaide, Study Queensland, and Study Perth are invaluable in helping attract young people to come and study on our shores.

Despite the two extra weeks delay as a result of the Omicron variant, we have seen a hugely positive response from all recruiting markets since the news broke. Now we just hope that this delay is not extended indefinitely.

All in all we are thrilled, we are pumped and we cannot wait to welcome back students and to show them the benefits and positive outcomes that come with studying in Australia.

This news has come at the perfect time since, as stated in the last quarterly report from English Australia, Australian ELT schools suffered a severe decline in Q3 this year. (learn more)

Thousands of agents use Edvisor every day to quote programs for their students and that also gives us a clear insight on what's going on in the industry according to student demand and market trends.

As you can see in the chart below, we've also noticed this drop in Q3 but, as occurred last year when Canada announced that they were opening their borders, right after Australia announced their plans to reopen the borders, the number of student proposals sent for Australia increased dramatically.

In this data, we see a clear demand to study in Australia which has been reactivated by the government's announcement. Consequently, the Australian institutions on Edvisor are now being included in more searches and proposals as their agencies look forward to again sending students to Australia.

Subscribe now! and get our latest posts in your inbox